The Urban Artistry family has moved to a new location.

Please visit our new classes at:

Classes are offered every Thursday

All classes are $10 drop in and are open to all levels and ages- no prior experience is required for any of these classes.
Posted by Urban Artistry No comments:

Battle between Artistic Director Russell Cambell and MEEN187 of Dynamic Rockers at UNBREAKABE 2010... see what's in store for 2011.
Posted by Urban Artistry No comments: 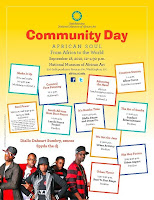 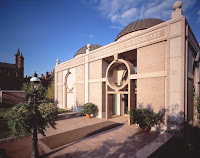 Part of The National Urban League Annual Conference whih took place at The Washington Convention Center during the Summer of 2010.
Posted by Urban Artistry No comments:

This video is a sample of the Funk in Focus Workshops with Urban Artistry's Artistic Directors Rashaad Pearson and Ryan Webb. Their partner work has traveling the globe spreading the knowledge, culture and education of the urban dance styles of popping, strutting, boogaloo and the robot among other funk, soul dance and hip hop dance styles that these amazing artists have the ability to teach. Their choreography, performances and workshops never fail to impress and their ability to bring this knowledge in an age appropriate manner to students of all ages sets them apart from their competition every time.

Their workshops and performances have been featured at Jam On IT in Smolyn, Bulgaria, IllReality in Philadelphia, PA, The World Dance Coliseum in Japan, various events throughout Korea, Canada and the West Coast of the United States.

Performances entitled "Funk In Focus" have also appeared at the above listed venues and at the 2010 VelocityDC Festival (see article here http://www.washingtonpost.com/wp-dyn/content/article/2010/10/08/AR2010100806271.html), The Kennedy Center Open House Arts Festival for 2009/2010, The Smithsonian Musuem of African Art, various school shows with Class Acts Arts and many other locations throughout Washington DC where they are currently based.

For more information they can be contacted at: 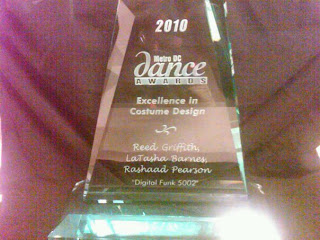 Congratulations to Urban Artistry costume designers for winning the Dance Metro DC Award in 2010 for excellence in Costume Design for their hand painted graffiti suits featured in the production "DIGITAL FUNK 5002."
Posted by Urban Artistry No comments: